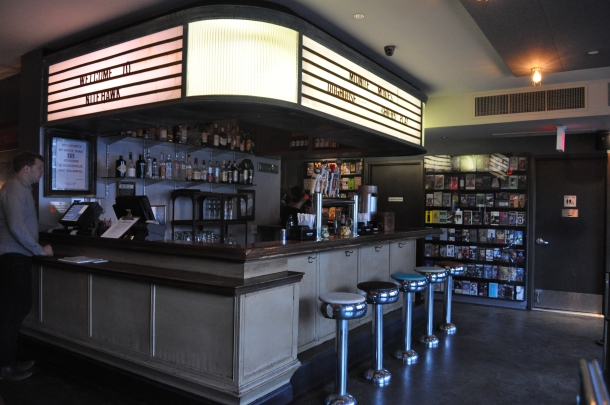 In honor of our most recent issue, Food as Art and Culture, we’d like to start our summer on a classy note, with literary food quotes from our favorite English and Writing professors, in addition to mouthwatering original art from our artists. We’ll be updating regularly over the summer with more reviews, recipes, and articles, so keep an eye out. Interested in writing? Email us at columbiaculinarymagazine@gmail.com.
Now grab a glass of bubbly, and raise your glasses to a food-filled break from school! 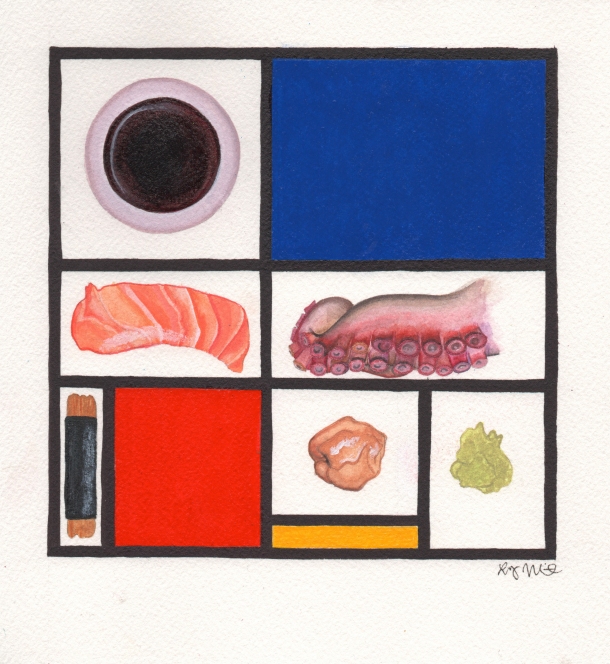 Stopping for a quick lunch before seeing a movie. It takes much longer than usual for the baked ziti, and by the time I get it I have five minutes before showtime. I ask for the ziti to be wrapped to-go; I’ll heat it up later. I get so hungry during the coming attractions that I slip my hand into the warm bag, quietly unlock the cardboard top to the aluminum foil dish, and insert my finger into the mush, extricating a ziti and cheese, which I put into my mouth as if it were a piece of popcorn. It is among the best morsels ever to contact my taste buds. I lick the sauce clean from my finger. I do it one more time again and again and again. Sometimes, I wonder how many people in the world are doing the same thing at the same time? At this moment, I believe I am the only person in the world eating baked ziti in a movie theater, though I dearly hope I am wrong. 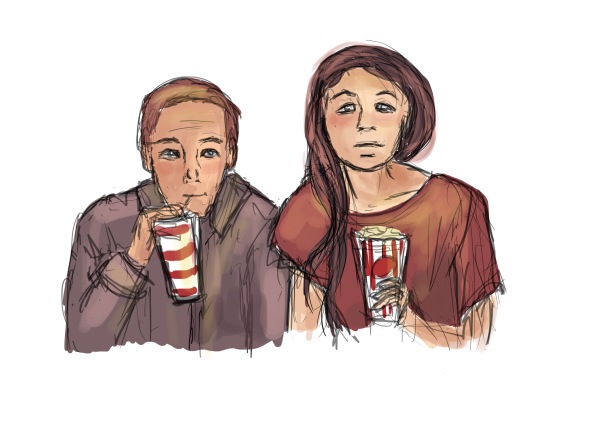 With great pleasure, he reported that the dying words of his great aunt Pierette, upon learning that the end was near, were  ‘Quick, more dessert!’

—Brillat-Savarin, The Physiology of Taste
(Contributed by Professor Lis Harris)

And still she slept an azure-lidded sleep,

In blanched linen, smooth and laundered,

While he from forth the closet brought a heap

Of candied apple, quince, and plum, and gourd,

With jellies soother than the creamy curd,

And lucent syrups, tinct with cinnamon;

Manna and dates, in argosy transferred

From Fez; and spiced dainties, every one,

From silken Samarcand to cedared Lebanon.

Hunger. We got used to living with hunger like a lame man with his lameness.

The morning began with hunger and boiled water.That was followed after dinner by bickering in the family over food. There was hunger at night. We starved submissively. The hungry spoke with the hungry about hunger. It was hard to watch someone eating. I saw one man eating a dried fish while another, who had cone to pay him a visit, furtively took the bones and the fish heads from the edge of his plate and ate them on the spot. Both men pretended that this was nothing at all, that this was the way it had always been done. Food ceased to be filling. When there was food, people ate it but without ever getting full.

We ate strange things: frozen potatoes, rotten turnips and herring with the tails and heads cut off so that they didn’t smell so bad. We cooked them in drying oil. We ate lead salt, oats with their husks and horsemeat already soft from decay. There was little bread to be had. At first it was awful, laced with straw and reminiscent of those brickets made of stalks. Then the bread got better and became soft. We ate it, deliberately.

Hunger and jaundice. We were immersed in hunger like a fish in water, like birds in the air.

This honey is delicious / Though it burns the throat.

—John Ashbery, “They Dream Only of America”
(Contributed by Professor Timothy Donnelly)

In a moment my throne was abdicated, the attic evacuated; an inverse repetition of the impetus which had brought me up into the attic, instantly took me down—down—down to the very kitchen. I thought I should have gone to the cellar. The cook was imperatively ordered to produce food, and I, as imperatively, was commanded to eat. To my great joy this food was limited to coffee and cake: I had feared wine and sweets, which I did not like. How he guessed that I should like a petit pâté à la crême I cannot tell; but he went out and procured me one from some quarter. With considerable willingness I ate and drank, keeping the petit pâté till the last, as a bonne bouche. M. Paul superintended my repast, and almost forced upon me more than I could swallow.